The Aadhar Card in Surat

Indian Government’s Aadhar card project was aimed towards the establishment of a unique and exceptional social identity for every citizen who resides in India.
Instead of several cards for different purposes Aadhar card comes out to be a multi-functional card that serves all purposes of identity proofs.

How to get Adhar Card in Surat 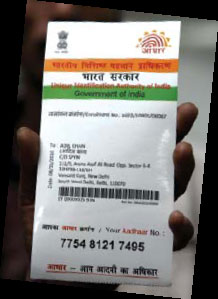 The enrollment of the Aadhar Card in Surat or in any other state of India is absolutely free. A person can visit any of the authorized Aadhar card centres in Surat along with his or her address proof and identity.
The common proofs that one can take for address as well as identity are ration card, driving license, passport and voter card. Photo identity proofs such as government ID and pan card are also acceptable.
Address proofs also include electricity, telephone and water bills of latest three months. At times there are cases when people do not possess these identities and address proofs but there is always a solution for such people.
In such cases they can get their identity certificates realized with their photograph on the certificates issues by the Tehsildar or the Gazetted officer on a letterhead. This can serve as an identity certificate that is easily acceptable at any of the enrollment centers in Surat.
Not only the Tehsildars or the Gazetted officers but even the MLAs or the MPs can issue the identity certificate as it is considered to be an authentic proof of identity and address.

Explore more about Shopping in Surat