Surat, the administrative capital and the second largest city of the state of Gujarat, is an important city in so far as industries are concerned.
The Corporation Bank is one of the oldest banks in India which was founded on the 12th of March 1906 in Mangalore. This is a public sector bank with its headquarters in Mangalore.
In 2019, finance minister Nirmala Sitharaman announced that Corporation Bank and Andhra Bank would be merged into the Union Bank of India, with all their branches becoming branches of the latter on 1 April 2020.
The government in August 2019, announced a merger of ten public sector banks to four. One of the benefits of consolidation is higher operational efficiency gains to reduce cost of lending according to the official presentation made at the time of announcing the merger. 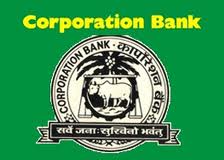