Surat is an important district in Gujarat and Surat city also serves as the main administrative headquarters of the district. Navsari, Narmada, Tapi and Bharuch districts surround Surat on all sides while the Gulf of Cambay lies towards the west of Surat.
Surat is a developed district in Gujarat and it ranks second among the advanced districts of Gujarat. The population of this district is approximately 60, 79,231 and it is one of the most populous districts of Gujarat.
The administration in Surat has always remained popular because of the low rates of crime and other illegal activities in the city. There are proper safety services provided to the people of Surat in the form of police stations and courts. 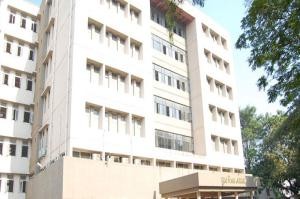 Consumer Court Surat is solely responsible for looking into the matter of the consumer who files a case against any shop, mall or departmental store.
Nowadays the consumer courts are found to be working in a very good condition because of the education and the knowledge that the consumers have received regarding the grievances. People can always take the help of Surat District Court and the Consumer Court Surat in order to get the required justice in every matter.

Explore more about Administration in Surat