The culture of any place refers to the lifestyle or the way of living of the people there. India is known to have a rich cultural heritage primarily because of the vast cultural diversity within the nation. 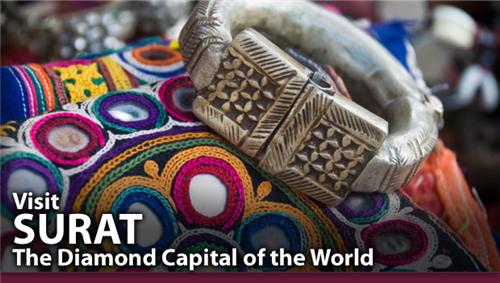 Surat is also known as Suryapur, is the administrative capital and the second largest city of the state of Gujarat. The Culture of Surat has shaped up with time as more and more people from different races and backgrounds like the western Chaulakyas, Parsis etc have migrated into the city.

The language spoken by the people of Surat is Surti Gujrati. The Surtis are supposed to be well respected people and warm by nature, usually have a friendly and loving attitude.
Navaratri, Ganesh Chaturthi and Diwali are among the main festivals celebrated in Surat. A special festival celebrated here every Makar Sankranti on the 14th of January every year is the kite flying festival which is undoubtedly an integral part of the tradition in surat.
A festival called Chand Padvo is unique to this city alone. On this day, the Surtis, after offering food and delicacies to the Gods, enjoy the snacky items out in the open. This day is celebrated on the biggest full moon day of the Hindu calendar.


Not only this, the Surtis take immense pride in their own culture and heritage and are fond of performing arts like Ras, Garba, Siddi Dance, Dandi Nritya so on and so forth.  Surat is also famous for its local folk drama known as Bhavai.

Surat handicrafts are also well known. Various weaving and printing styles of the textile industry include bandhej (bandhej lehenga, worn by the females during garba), toran, matani, mashru, tangalia, deesa and zari.
The different kinds of attires in Surat include sarees which further include include brocade, gharchola, panetar and tanchoi. The traditional attire for men include a short coat, dhoti and a turban.

Women are given much importance when compared to the men in their family in the whole of Gujarat. The Surti women are generally dressed up in sari in their everyday lives along with light weighted gold jewellery and it’s a custom in Surat for all married women to wear a streak of Vermillion or Sindoor on the parting of their hair.