Surat, which was earlier known as Surya, is a city in the Indian state of Gujarat. It is the administrative capital of the Surat district.
The city falls almost 306 kilometres south of the city called Gandhinagar, which is the state capital, and 260 Kilometres North of Mumbai. Surat is situated on the east bank of river Tapti. 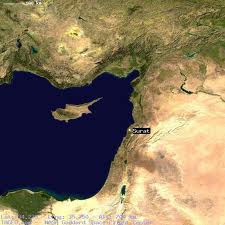 Latitudinal Extents: The latitudinal extents of Surat are as follows: 21° 15’ North and 72°52’ East.

The population of Surat is 7,784,276 which is indeed massive. An interesting part that Surat is recording a GDP growth of 9.2 per cent percent over the past seven fiscal years.

Area of Surat: Surat is growing as quickly as its neighboring city Mumbai and it is believed that by 2020 it will become the largest city of Gujarat stretching from Kosamba in the north to Billimora in the south.

Elevation from Sea: The geography of Surat is such that it has an average elevation of about 13 metres. The Gulf of Cambay lies to the west. Arabian Sea is only 16 Kilometres away from the city and Magdall port is in near vicinity.

The city is recognized worldwide for its textile and diamond businesses. It is known as the diamond capital of the world and the Manchester Textile city of India. About 92 % of the world’s diamonds are cut and polished in the city of Surat.

The Tapti River which was formally known as Tapi River is a major river in peninsular India with a length of 724 km. It runs from east to west. The river rises in the Satpura range in Madhya Pradesh and flows westwards and empties itself into the gulf of Cambay.
The Tapi river in Surat is considered very religious and is thought to be equivalent to that of legendary Ganges. The surroundings of the Tapti River present an immense scenic beauty and these days you can sail on a Shikara into the heart of the sun-kissed Tapti River.

The Surat climate is tropical Savanna climate, which is strongly moderated by the Arabian Sea. The summers in this region begins early in March and lasts till June. April and June are the hottest months in Surat’s climate condition.

The city is blessed with showers only from the late June periods and it receives about 1000 millimeters of rain by the end of September, with the average temperature being about 31 degrees during this period.

During the months of October and November the season changes again and there is a retreat of the monsoons and the summer returns back. Winters start in December and ends in late February.