Kosamba is the city that is situated in the Surat district of Gujarat state in India. It boost the status of municipality in the Mangrol Taluka in the district of Surat. 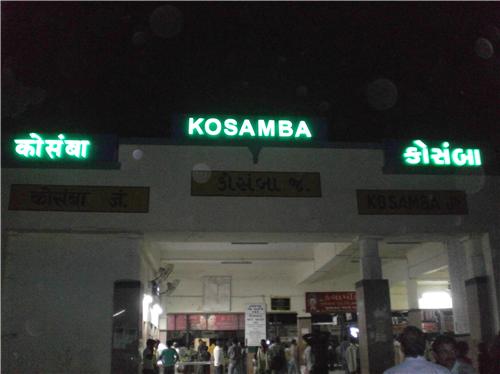 The Kosamba city is a ballot city in District of Surat situated on the Western side of Gandhi nagar, the state capital of Gujarat.  This Kosamba small industrial area is well linked to other cities in the course of road and railway and lots of people connected from all parts of the country to Kosamba for work.
The Airport of Surat is situated at a distance of 67.1 km from the Kosamba city. The Surat city is the major city located at a distance of 60 kilometers from the Kosamba city. The other major cities located near Kosamba include Bharuch and Ankleswar.

The weather in the Kosamba city is enjoyable throughout the year, modest and comfortable. Due to the sea called Arabian Sea. The summer season is comparatively hot as the temperature varies between the arrays of 35 to 45 degrees.
The winter season is bearable and the level of mercury doesn’t drop lower than ten degrees in the peak months of the winter season except in unusual cases.

Kosamba, with ever-increasing population, has urbanized a well-organized system of health care for the people to serve the facilities.

Kosamba is one among the major industrial cities in Gujarat. People from various districts in Gujarat come to this city in search of Job opportunities. The unemployment problem in Kosamba is relatively low when compared to other cities.

Places of Interest in and Around Kosamba