Sayan is a beautiful city and a municipality in Surat district of Gujarat. Sayan near Surat serves as the main 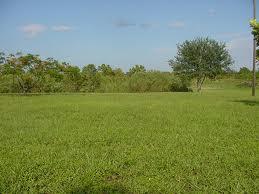 There are some amazing tourist destinations that lie very close to Sayan and tourists can always plan their trip to Sayan Surat for a wonderful experience. The best tourist places nearby Sayan are:

Navsari is one city that is very dynamic and vibrant and it is located very close to Sayan  Surat. The city dwellers are mainly Parsis that settled in the 11th century AD and it is the Parsis who named the city Navu sari meaning ‘New Sari’.

Bharuch is an old city in Gujarat and it is also a city that is located very close to Sayan. The city possesses a history that is 2000 years old and it is also considered as a very scared city because the Narmada River is found in this city.
The city owes its beauty and charm to Solanki Rajputs and it is also considered as a major sea port that served to be very beneficial for the travelers and the traders in the 1st century AD.
Tourists can always visit this place because of the existence of the Bhrigu Maharishi temple in Bharuch and this is the reason why Bharuch is also called “Bhrigukachba’.

The Sugar factory at Sayan is located in the interiors of the village that falls under the Taluka named Olpad in Surat district. The main areas of operation of this factory are various villages that include the Talukas named Choryasi, Olpad, Mandavi, Kamrej and Mangrol.
Sayan possesses a very rich and fertile black cotton soil and this is the reason why cotton was a major crop Sayan but with time cotton disappeared and the sugarcane crop took its place which gave way to the establishment of the Sugar factory at Sayan.
The people of Sayan that were previously employed in several kinds of agricultural activities are now part of the factory that has also led to the growth in the living standards of the people.

Villages and Cities Near Sayan

How to Reach Sayan