All forms of sports are played to improve physical ability and skills of the sportsman and providing entertainment for spectators. Surat has given many sportsmen and sportswomen to the country.
Rusi Surti was a famous cricketer who was born and brought up in Surat. He played for India in 60’s, later he settled in Queensland, Australia. There are many sports facilities in Surat. You can find as many as sports clubs and Gymkhana in Surat. 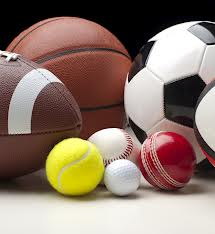 You can several coaching classes spread over the Delhi gate and Dumas Road area where aspiring cricketers are honing their cricketing skills. You can find several summer coaching camps are organized by schools and corporate.

Lawn Tennis: The sport is widely played in Surat. The Surat Tennis Club is one of the oldest Tennis Club is Surat. It started in 1927 and since then it has been involved in training tennis stars. Tennis court in Lalbhai Stadium hosts major tournaments in Surat. You can find many tennis courts and Tennis coaches in Surat.

Football: Football is another popular sport in Surat. Numerous coaching classes are being run for promoting the sport. Football is gradually gaining popularity in Surat.