Utilities and Services in Surat

Surat has a fantastic infrastructure like computerized distribution of its water and efficient energy management system which converts city sewage into energy and recycles it for use again.
Also in every nooks and corner of Surat there is the existence of a underground drainage and electric lightening system. 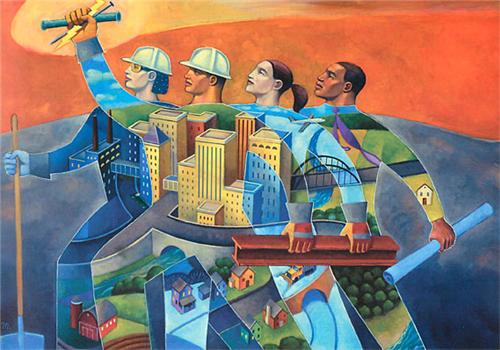 Surat as a flourishing urban city and is connected with the other parts of the Indian continent and the world through various means of transport like superior air, railway and road transport system.

Surat has its own airport and has various flights which help the traveler from Surat to travel into various parts of India, especially Mumbai and Delhi. Many airlines company both governmental and private operate on a regular basis and daily there are many flights to and from Surat.
Air India and Spice jet both have daily flights and most of the time the flights are heavily booked, especially in the festival seasons.

Surat railway station is still under Mumbai’s Western Indian Railway’s Zone. The railway station was started in 1860 and it connects the busy prosperous city to other parts of Gujarat and India. There are different types of train passing the Surat railway station.
There are local passenger trains which transport the general public to its nearby area and there are specific express stations which are fast speed trains and quickly take the Surat travelers to their destination city like Mumbai.

Like any other urban Indian city, Surat faces road traffic congestion and many express highways are to be completed. The Municipal Corporation in Surat is responsible for its road infrastructure development and overall maintenance.
Udhana-Mumbai Highway and Surat – Ahmedabad is the main highways around the city. In its industrial areas there are many flyovers and roads constructed to offer easy road transportation to its daily commuters.
By 2015 Surat dreams to have 94 flyovers, which would remove traffic congestion and make road travel easy for its people. The traffic police strictly monitor daily traffic and penalize people who break the speed regulations and traffic rules.

The SMSS local bus service was inaugurated in 2008 and over the years it has become one of the best examples of local transport system in India. These buses are run on compressed natural gas.
Auto rickshaws also are a convenient mode of transport system. Plans are on the way to connect Surat with Navsari using an underground metro railway system and the project is estimated to be completed in 2017.

The Indian Postal Service is a vast organization and the postal circle of Gujarat forms an important part of the Indian Postal Service.
The main GPO is located in Main Road of Mahindrapura area of Surat. Surat city has 38 Sub post offices which delivers postal services to its residents from all over India and the world.

Surat is a vibrant city but like any modern city it has its share of crime which is growing every year. The police service of Surat provides a necessary arm for the administration to monitor its law abiding city residents and Gandhinagar is the capitals headquarter for the Gujarat police.
The head of Gujarat Police is the DGP or Director General of Police and they are four Commissioners reporting to him from Surat, Ahmedabad, Rajkot and Vadodora. The region is further subdivided into seven ranges or zones and 26 police districts.

Even though Ahmedabad has a superior medical infrastructure, the city of Surat is not far behind. There are good public as well as private nursing homes in Surat. Some of the hospitals in Surat have efficient ambulance and blood bank services which transport the patient from the emergency spot to the hospital and offers it treatment for great recovery.
There are also blood banks in Surat which help the patient with blood during emergency critical healthcare situations. Wockhart has the super specialty private hospital called the Seventh Aventist Day hospital which offers efficient solution to cardiac patients and people from all over India visit it.

The New Civil hospital is a government funded hospital for the common people in Gujarat. The hospital was started in 1964 with round three hundred beds and today it has over thousand beds to take care of its patients.
During the floods of 2006, this hospital played a critical role and helped the residents of Surat to survive and manage the situation. It has today updated healthcare facilities with popular experienced doctors working there to provide basic healthcare amenities to the common people of Surat.

Voter ID card is considered to be an important document because it serves as an identification card that is issued by the Government. This is a card of recognition that is issued to the citizens who are found eligible for voting.
In India Voter ID card is a very important document that is required at every interval of life while a person plans of doing something big. At present, the Government of India has appointed Shri S.P.Shah as the secretary of the Sate Election Commission in Gujarat.


How to get Voter ID Card in Surat

For the inclusion of name in the Electoral roll of Surat, a citizen in Surat is required to fill in the form for the application of Voter ID Card in Surat. This application form serves to be very useful and it is very important for people to own a voter ID card because it proves the citizenship of a country.
The Documents or the papers required for Voter ID Card in Surat

The main documents or the papers that are required for Voter ID Card in Surat have been listed below:
Documents that prove the acquisition of property.
Voter ID Card in Surat can also be obtained online where the application form can be filled in and also submitted. However, it is important to take the printout of the pdf copy that is received after submission of the voter ID card application form.
There are a number of websites that can be used for getting the application from and filling it and then submitting it online. The government has been very successful in many cities of India in chucking out this method of online registration of Voter ID card.

One of the unique features of Gujarat electricity service is that it has been privatized under Torrent Power which is a part of the Torrent Pharmaceutical Group.
The residents of Surat does receive excellent  power infrastructure and the company enjoys great experience in the field of electricity transmission, distribution of power into various areas of Surat and handling customer service efficiently.